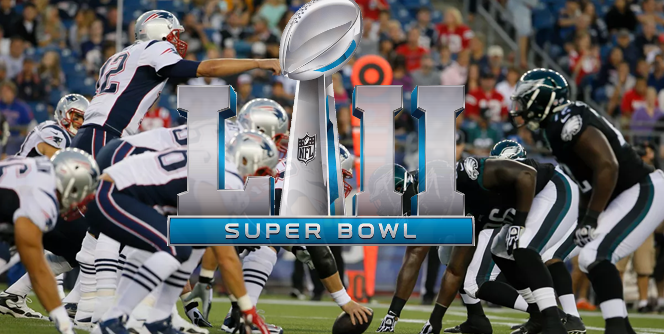 I don’t write on this blog frequently. I do that intentionally … when I write about something, I do so because it has extraordinary meaning to me or the sports world in general.

Well, as long as the Patriots dynasty continues and they continue playing in Super Bowls … guess what, I’m going to continue writing about it. The greatest dynasty of all time? The argument is certainly being made. From purely a numbers perspective, John Wooden’s UCLA 1960’s basketball dynasty might be the only run that could compare, albeit in the collegiate space.

In less than 48 hours, the Patriots are going for Number 6 to tie the Steelers for the most rings all-time. More impressively, all 6 of those rings would be coming within 16 years of each other, all under the watch of star quarterback Tom Brady and their mastermind Head Coach Bill Belichick – both of whom are widely considered the greatest of all time (GOATS) of their respective trades.

Like every run to the Super Bowl the Patriots have had, there has been a steady dose of drama. In all of the Patriots’ Super Bowl runs, this one may have had the rockiest start of them all. The team lost their most dependable wide receiver in Julian Edelman in preseason to an ACL tear. They then lost opening night at home after being more than a touchdown favorite to the Kansas City Chiefs. They then proceeded to get upset by the Carolina Panthers only 3 games later, starting the year 2-2. For nearly any other team in the NFL, this wouldn’t cause any one to raise their eyebrows … the standards are slightly different in New England. Shortly thereafter, the team dealt one of their best young prospects, Jimmy Garrapalo for a meager 2nd round draft pick – causing more eyebrows to be raised. Many were hitting the panic button, and pointing fingers mainly at the league’s worst defenses through the first four games.

Fast forward the clock … Belichick’s bunch went on to win their next 8 and finished the year as the #1 seed in the AFC with a record of 13-3, leading the league in total offense.

But the drama wasn’t done. As the team prepared for the post-season, a wide spread media story expressing discontent between Brady, Belichick and Kraft surfaced. Many were speculating the dynasty’s eventual end, as rumors surfaced of Belichick wanting out of New England. Then there was Brady’s mysterious 12 stitches on his throwing hand that caused lots of anxiety leading up to Jacksonville. And heading into the Super Bowl, people speculated Rob Gronkowski not fully recovering from his concussion.

Needless to say there are plenty of storylines 300 miles south along I-95 in the “City of Brotherly Love.” This is a Philadelphia Eagles team that had the same record as the New England Patriots at 13-3, a 2nd year quarterback that was poised to win the MVP before going down for the season, a relentless defense that shut down opposing offenses, and a two-headed rushing attack of LeGarrette Blount and Jay Ajayi that might be the best in the game. There are some eerily similar events to the New England Patriots 2001 season where a starting quarterback who wore #11 (Drew Bledsoe / Carson Wentz) went down and a backup became a star and carried a team to a Super Bowl (Tom Brady / Nick Foles).

The Philadelphia Eagles have felt disrespected and have played with a chip on their shoulder at home in this postseason with their two wins against the Atlanta Falcons and Minnesota Vikings … both times playing the role of underdog despite being the #1 seed out of the NFC. Yet again, the “Bird Gang” play the role of underdog to the Patriots and have an extra incentive (like any team playing the most disliked team in the league) with the New England Patriots lining up across from them.

While playing in the “Big Game” has become a norm with this team, Patriots Nation seems to expect this Super Bowl being as tight as every other one they’ve played in. In the two weeks leading up to Super Bowl LII, there seems to have been a cautious optimism that has bordered on an anxious demeanor around Foxborough. With some books opening this game with the Patriots being 7.5 favorites, most books have shrunk the spread of this game to 4 to 4.5.

In all Super Bowls, or “big games” in general, there are multiple story lines. For me, what makes this game so fascinating is that you have a Quarterback in Tom Brady, a Head Coach in Bill Belichick and a GM in Robert Kraft that are considered to be the best at their “craft” (no pun intended), in the history of the game and maybe more broadly in all of sport. How long can this group continue to do this … Tom vs Time?

On the flip side, who doesn’t like David beating Goliath … the classic underdog story?

This, ladies and gentleman, is what gives sport the value it has … the greatest form of unwritten entertainment there is (sorry Hollywood).