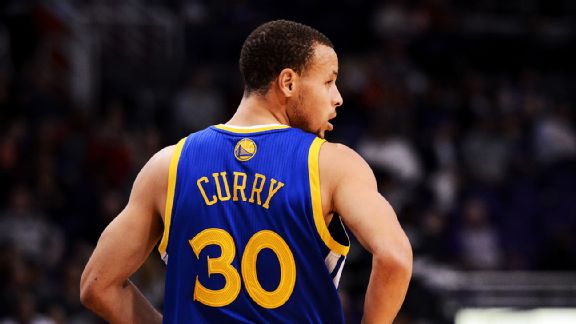 I remember it like it was yesterday. I was sitting in my college dorm room at Georgetown, watching this slender, baby-faced sophomore put a cinderella #10 seeded Davidson team on his back and upset my #2 seeded Georgetown Hoyas in the 2nd round of the NCAA tournament in 2008. Stephen Curry scored 25 of his 30 points in the second half and rallied little Davidson from 17 points behind, past the Hoyas. While this upset would start a trend of early NCAA tournament heartbreak exits for the Hoyas, never would it be done in single-handed fashion as Curry managed to do it against JT III’s group in 2008.

A star was born.

Stephen Curry was overlooked by just about every power conference school in the country. Many ACC schools would not even invite him to walk on to their rosters, and Virginia Tech (where both of Steph’s parents excelled as student-athletes) didn’t even take a look at him. The beanpole guard out of Charlotte Christian School (NC) went on to Davidson, who took a chance on him. He proceeded to become the all-time leading scorer in Davidson basketball history (in just 3 years), was the 2009 NCAA Division 1 scoring leader, and the year before, broke the NCAA record for most 3-point field goals in a single season with 162.

While his stats, records and awards document his greatness, his immense popularity is far less tangible. Unlike most NBA greats (Michael Jordan, Kobe Bryant, Lebron James) who commonly rely on their height and athletic ability, Curry’s game relies on skills that he has developed: shooting, dribbling, and passing. His underdog story of not receiving any major scholarship offers coming out high school, being the third point guard taken in the 2009 draft, and a below-market contract extension three years ago, speaks to his perseverance and grit.

America likes rooting for the underdog.

His jersey is now the bestseller in the league. His team’s games get record television ratings at home and in opposing markets. He has built Under Armour into a $3 billion sportswear company. His 3-year-old daughter, Riley, has become a star in news conferences. As ESPN analyst Jalen Rose puts it, “Steph allows us into his living room. [America] is watching him on a national stage be a son, a dad, a husband, a father, a brother. And he does all of it while continuing to improve.”

Steph Curry is human and that is why America loves him.

Under Armour No Longer the Underdog

19 years ago, a 23-year-old former special teams captain from the University of Maryland football team began a business from his grandmother’s basement in Washington, D.C. Kevin Plank was tired of having to change out of the sweat-soaked T-shirts worn under his jersey. Yet he noticed that his compression shorts always stayed dry during practice. This observation inspired Plank to develop his first prototype of a moisture-wicking synthetic fabric t-shirt. He gave the shirt to his Maryland teammates and past teammates who had gone on to the NFL. The recent college grad perfected the design that effectively wicked moisture and kept athletes cool, dry, and light … and the company that we now know as Under Armour was launched.

The first major team sale came with Georgia Tech football requesting 10 shirts from Plank. This led to contracts with other Division 1 football teams totaling $17,000 in revenue in year one. In 1999, Warner Brothers used Under Armour in two major films, Any Given Sunday and The Replacements, which coupled with an ad in the ESPN The Magazine, generated about $750,000 in sales. In 2003, the company launched its first television commercial centering on the motto “Protect this house” which played into the company’s notion of being the underdog. Four years later, in 2007, Under Armour opened its first full line full-price retail location in Annapolis, Maryland. On January 21, 2014, Under Armour announced their official apparel and equipment partnership with Notre Dame, making it the largest of its kind in the history of college athletics. The company has maintained an operating profit of more than 30% since its inception and soared to over $3 billion in revenue this past year and over 8,000 employees. And this past year, Under Armour passed Adidas as the second-largest sportswear company in the US.

Last month, Under Armour reported a 29% growth in revenues over the same period last year, leading to a 7.3% jump in the company’s stock price. And so this begs the question, how does the company continue to grow at such a rapid place?

The biggest growth  categories for Under Armour recently have been golf-related items, women’s products, and basketball shoes and apparel. Not coincidently, Plank attributes much of the company’s recent success to that of Jordan Spieth, Misty Copeland, and Stephen Curry.

In today’s market, athletes are one of the most sought after groups of professionals for endorsements of products across a wide range of industries and categories. Being able to leverage an athlete’s appeal, recognition, and following within the general public in order to create a strong, positive association between a fan favorite and a brand, is a company’s dream. When you are dealing with a brand that happens to be a sports apparel brand, the value of endorsement is that much more amplified. This is not by any means a “new” marketing technique in the industry, however Under Armour has proven to be consistently good at identifying target areas of growth and then moreover, getting the right athletes in those areas.

Let’s start with Stephen Curry. One of Under Armour’s recent initiatives has been in basketball apparel and more specifically shoes. Under Armour’s global basketball e-commerce traffic has been up more than 300% year-over-year. The basketball-shoe business is dominated by Nike, with brands affiliated with Michael Jordan and Lebron James drawing massive revenues. However, in signing Stephen Curry, Under Armour has put a huge dent into Nike’s basketball market dominance. After Curry’s MVP season and winning the NBA Finals (over Lebron), the Curry One shoe has been a huge success especially with Under Armour’s e-commerce site. The revenue for the footwear business increased 40% compared to the same quarter last year, to $154 million.

Misty Copeland recently became the first black woman to be named principal ballerina at the prestigious American Ballet Theater. Her face and image has significantly contributed to the growth of capris, shorts, sports bras, and running footwear.

Jordan Speith, however, may be the single largest contributor to the company’s ongoing rapid growth. Plank said this about the company’s golf platform:

In just the sport of golf in the last two years our revenues have more than doubled. We’re seeing key category growth throughout the rest of the year — things like on our website — our playoff polos are a number one item at our Brand House and our e-commerce site. The business is basically up everywhere. Having the right asset in Jordan … has been a home run for us.

Back in April, the 21 year old Spieth, epitomizing the company’s underdog story, won his first Master’s championship, while Rory McIlroy (Nike’s golden boy) finished fourth and Tiger Woods, a longtime Nike athlete, tied for 17th. Since then, he won the U.S. Open championship, becoming the youngest golfer since Bobby Jones to win the tournament in 1923. Soon thereafter, Spieth nearly won the British Open as well. Spieth’s Masters win caused Under Armour shares to spike 2 percent in trading the following morning.

You see, Under Armour invests in athletes the way value investors pick stocks. The company does not fear spending vast amounts of money, and yet Under Armour will typically bid up a top prospect before walking away from the negotiating table. This marketing strategy often causes the Swoosh to pay more than what they wanted for the top prospect, while Under Armour positions itself for a cheaper talent.

This gamesmanship played out in their approach of forcing Nike to resign Kevin Durant for about $275 million, while being able to capitalize on getting Stephen Curry in 2013 for a much lower price. In golf, Under Armour took a run at McIlroy, who at the time was the youngest player to amass $10 million in PGA Tour winnings. When Nike signed McIlroy in 2013, Under Armour turned around and signed the 19-year-old Spieth who had just turned pro.

Everyone likes a good underdog story. Under Armour’s origins and history is exactly that, an underdog story. Their unprecedented rate of growth have garnered the question from industry experts as to where the finish line might be for the company. And while they certainly are the underdog once again, that 4-lettered company on the other coast is starting to look in its rearview mirror.