The Greatest Dynasty of All Time 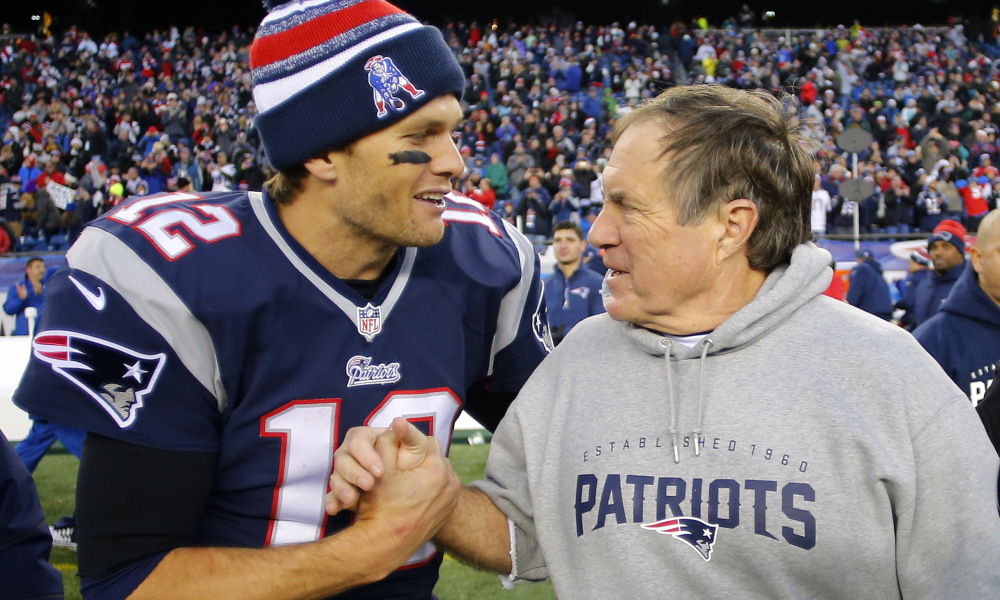 A sports dynasty is defined very concisely as a “team or individual that dominates their sport or league for an extended length of time.” Or more broadly defined by Merriam’s Webster Dictionary “a powerful group that maintains its position for a considerable time.”

The very nature of a dynasty evokes a physiological sense of envy. If you’re looking up from the bottom, “they’re cheaters!” … and if you’re at the top looking down, “they hate us cuz they ain’t us.” This lofty term could not ring any more true than it does with what now can be considered as one of the greatest professional sports dynasties in the modern  sports era … the New England Patriots.

Their story is one from a fairy tale … their star QB Drew Bledsoe going down against their hated rival (the New York Jets) in 2001, only for their 2nd year, 6th round draft pick QB Tom Brady to survive a snowstorm and invent the “Tuck Rule” against Oakland and go on to lead his team to their first ever Super Bowl win in 2001 as a -14 point underdog to the St Louis Rams. Since then, they have not had one losing season, they’ve won 15 divisional titles and played in 12 AFC Championship games, been to 7 Super Bowls, and are attempting to win their 5th Super Bowl title next Sunday. They’ve won 196 times (average of 13.75 wins per season) in the regular season since 2001 (next closest is the Colts with 166). In the playoffs, they have 24 victories (9 more than the next closest in the Steelers).

Undoubtedly, there has been controversy … whether it was “Spygate” in 2007 where Head Coach Bill Belichick was disciplined by the league for videotaping the Jets’ defensive coaches’ signals from an unauthorized location, or it was “Deflategate” in 2015 where Tom Brady was accused of tampering with footballs in the AFC Title game against the Colts. $1 million dollar fines, loss of draft picks, and the suspension of their superstar players.  Most recently, there was a rule change surrounding Belichick’s deceptive offensive substitution methods which “unfairly” confused defenses. Oh and mixed in there, one of their star players was charged with murder and sentenced to life.

Before we digress any further, what this conversation should naturally lend itself to is the discussion of whether this Patriots franchise is truly the greatest dynasty in the history of sports or, perhaps more specifically, of the modern sports era?

Comparing dynasties is hard because you’re not comparing apples to apples … and thus there is some wiggle room based on how you evaluate league structure, salary cap constraints, league competitiveness and a number of other variables relative to the number of titles won over a period of time.

Let’s start with the NBA. You have the Boston Celtics who won 11 NBA Championships in the span of 13 years from 1957-69 led by Red Auerbach and Bill Russell. You have MJ’s Chicago Bulls who won 6 titles in 8 years (1991 – 98). And most recently the San Antonio Spurs, who have taken 5 NBA Championships in the last 17 years (’99, ’03, ’05, ’07 and ’14) under Tim Duncan. The difference between basketball and football is there are 5 players playing at one time for a team versus 11 in football. Historically it has been a sport that has catered to superstars being able to carry their team and thus much easier to dominate, just ask Lebron, MJ, Russell or Magic.

The MLB of course belongs to the Bronx Bombers, where the New York Yankees rattled off 16 World Series from 1936-64 in what started with the rise of Joe DiMaggio and ended with the twilight of Mickey Mantle. The caveat here was there weren’t any playoffs back then; rather, it was simply the team with the best record who went right to the World Series.

The NHL’s best dynasty was the Montreal Canadians who won 16 Stanley Cup Finals from 1951-1979 … although at the time there were only 6 teams in the league and thus simply not comparable.

Two of the greatest dynasties in sports came from college basketball. John Wooden led the UCLA Bruins to 13 Final Four appearances and won 10 national titles from 1962-76,  and on the women’s side, Geno Aueriemma has led the UConn Lady Huskies to win 11 of the last 21 national championships. The Lady Huskies have been to nine straight Final Fours and have two separate win streaks of 90 or more games. While these are respectable in their own right, college athletics is simply not comparable to professional sports. The NCAA actually lends itself to “dynasties” by its very structure. There is no draft or salary cap, and so when a team wins a championship, they’re able to attract the best recruits in the country and consequently you see “rich get richer” phenomena … look at John Calipari’s Kentucky Wildcats and Nick Saban’s Alabama Tide. 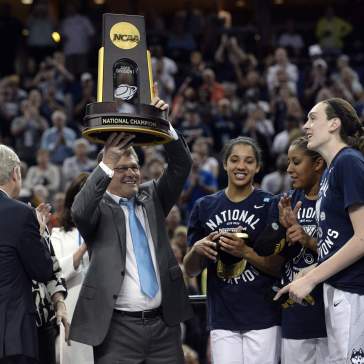 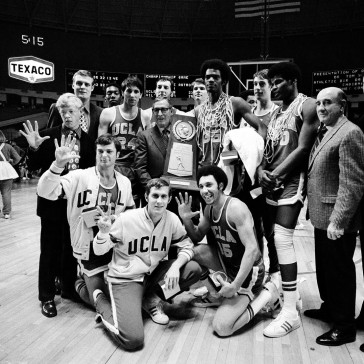 The salary cap, the draft, numerous penalties (loss of draft picks, fines, suspensions), countless personnel changes … and through it all Robert Kraft, Bill Belichick and Tom Brady have built, what should be considered the greatest sports dynasty of the modern era.

If you live outside New England you hate them – the star QB is a little too perfectly polished, he’s a little too pretty, he has the supermodel wife, and has been accused of facilitating the deflation of footballs in one game; while the mastermind coach wears ragged hoodies, says absolutely nothing to the media, and has been accused of filming opposing coaches to gain a strategic advantage.

Love ‘em or hate ‘em, one cannot ignore the magnitude of what this New England Patriots team has accomplished over the last 16 years. An empire, a dictatorship, a dynasty …  you can call them whatever you want. They win.

And while their diehard fan-base loves coining commandments like “Do your job”, “In Belichick, We Trust” and “The GOAT” … if in fact this Patriots team does beat the Atlanta Falcons and Roger Goodell has to hand them their 5th Super Bowl trophy in 16 years next Sunday, there will be little doubt that this dynasty is the “Greatest of All Time.”